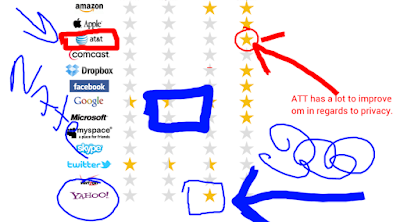 If one is annotating a text laden PDF, Notable PDF is really nice. You can highlight, strike through, underline in a variety of colors.

The types of PDFs one encounters in a classroom situation are likely to be image laden. This may include some text, but then photos, diagrams, and image text.   I have found it a struggle annotating image laden PDFs. Notable PDF has the drawing tool, but with a mouse or touch pad it just feels clunky.

I have noticed touchscreens being mentioned more for purchases in the past month or so. For me annotating on a touch screen just felt natural, and for those already with a touchscreen, Notable PDF is definately the PDF Editor to have.  Not all Chromebooks have touchscreens, so it would be nice to be able to create a circle, box, or arrow with a touch pad in a way that does not feel so clunky.

In the mean time, if you do have a touchscreen, I would give Notable PDF a try the next time you do PDF annotating.
Posted by Nate Schmolze at 8:11 AM